Home Politics After winter crisis, Texas will have to confront its energy, politics and...
Politics

After winter crisis, Texas will have to confront its energy, politics and culture

Like so many Texans, LaShonda McGrew spent most of Sunday dazzled by the rare blanket of snow that covered her suburban Fort Worth home. It was beautiful, she told her husband, as they spent the day listening to sermons, sitting next to the fire and preparing for the workweek.

As the evening approached, the warnings of a more serious weather event started to pop up. McGrew paid attention. She audited her food and water. She placed candles and flashlights with fresh batteries throughout the house. The family charged extra cellphone batteries.

“We were prepared for a few hours,” she said on Friday, recalling the historic and catastrophic events of the week. “But we weren’t thinking that it would never come back.”

McGrew, her family and more than 3 million other Texans would spend the next several days enveloped in the horrendous winter storm that crippled the infrastructure of the nation’s second-largest state. For more than 48 hours, the family huddled around a fire in their living room, rationing food and cellphone batteries to stay connected with other kin and monitor the news.

To pass the time, McGrew — whose nickname is Sunshine — and her family looked at photo albums. They played cards and imagined their vacation to somewhere warm. “It’s gonna get better,” they told each other.

In the same week: The McGrew family would join half the state’s population — about 13 million — as residents ran out of water or were forced to boil whatever dripped from faucets to ensure it was safe to drink.

“It’s like a bad dream,” she said. “It’s hard to keep a good spirit when you don’t know when things are going to end.”

The cascading catastrophes not only tested McGrew’s disposition but also the wherewithal of all Texans. 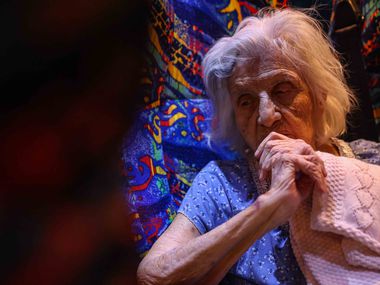 As the snow and ice melts, the Lone Star State faces a host of questions — technical, political and cultural. What went wrong? Who is responsible? How do we avoid another crisis? And perhaps the most heady: Is the era of Texas exceptionalism — and the long tradition of individualism and carpe diem — over?

“They told us to be prepared,” McGrew said, referring to local and state leaders and energy companies. “But they were not prepared. We’re suffering because they weren’t. Where’s y’all’s accountability? We’re gonna have to pay for their screw-up.” 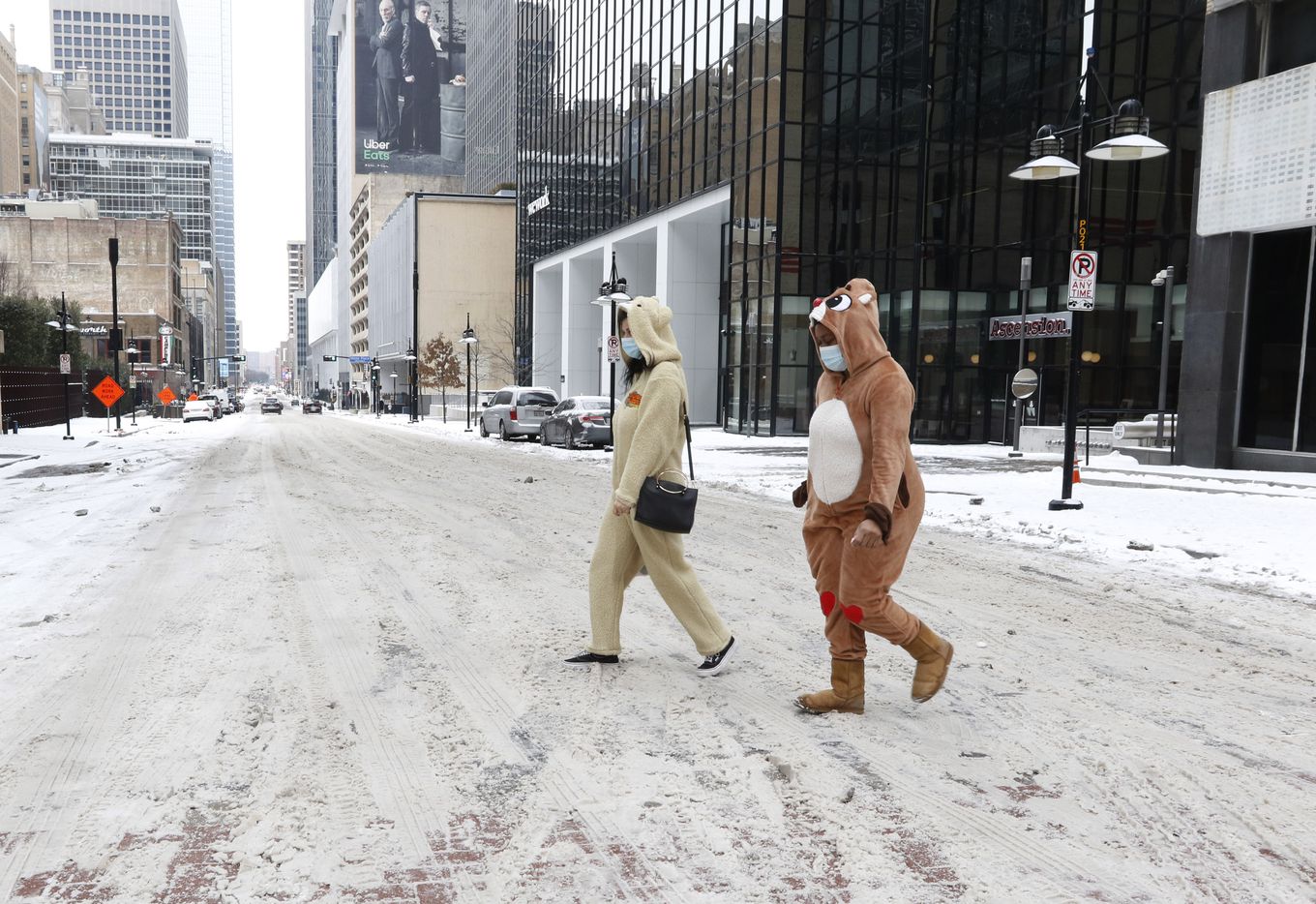 1/23Leighanne Katz, left, dressed in a Thunder Buddies costume and Billian Lawal, right, in a Rudolph The Red-Nosed Reindeer costume walk from a 7-Eleven convenience store…