Harvard has been drawn into yet another expensive political dispute over a construction project in Allston — this time over a drainpipe that the University maintains is essential to prevent flooding in its new developments. Opponents contend the project has been advanced without transparency and engagement with stakeholders.

As the Boston Water and Sewer Commission and Harvard proceed with the North Allston Storm Drain Extension Project — an estimated $50 million endeavor the University has pledged to fully fund — local politicians, residents, and environmental groups have called for further investigation into its potential environmental impacts.

The BWSC, which will own and operate the drainpipe, wrote in its environmental notification form filed with the state in February that the project intends “to address longstanding deficiencies” in the existing system, which have resulted in “substantial surface ponding and flooding” in the vicinity. 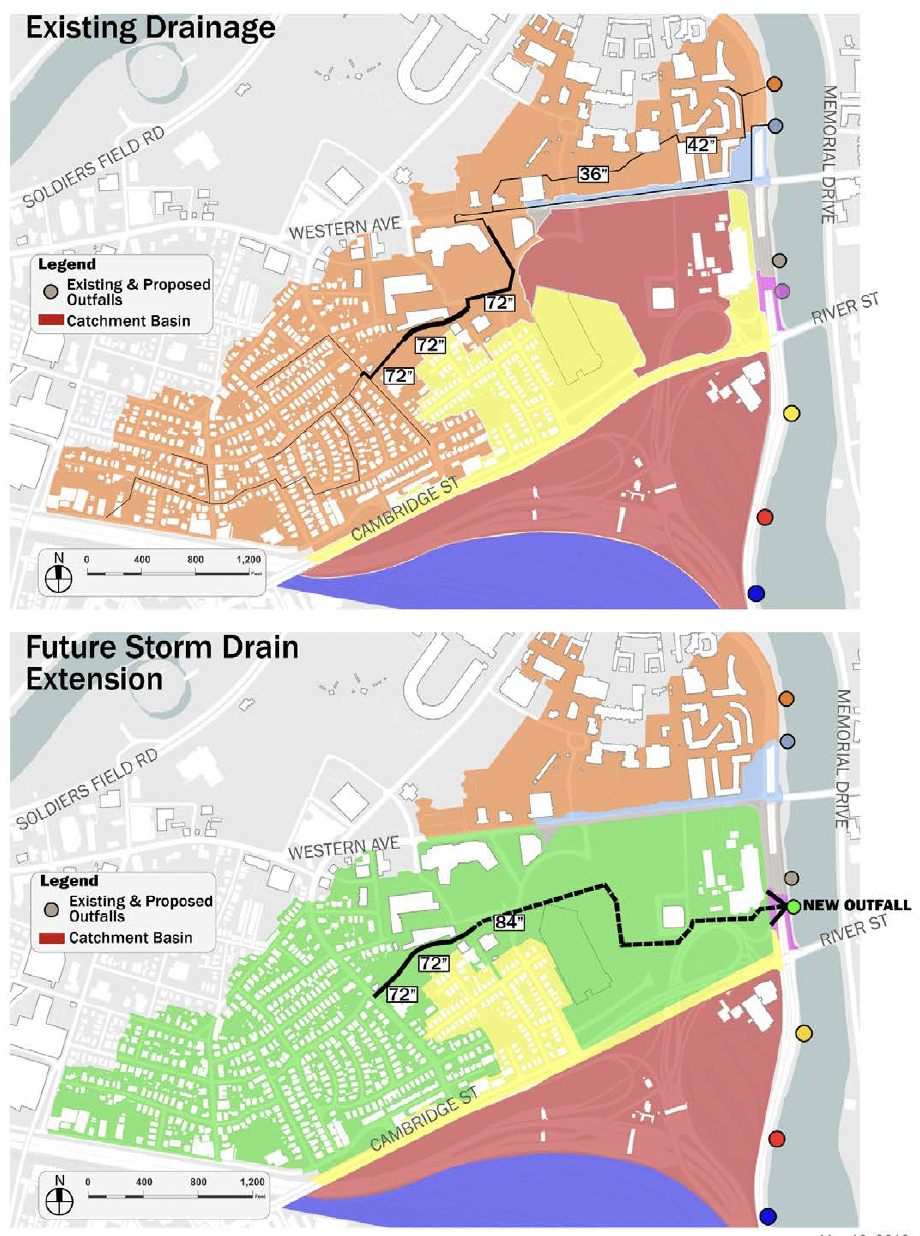 According to the filing, the project will involve creating a new “trunk drain system,” more than doubling the diameter of the existing pipe in some locations, and re-routing it to a “new BWSC-owned outfall” that will empty into the Charles River next to the River Street Bridge. The BWSC will also add in two new hydrodynamic separators to filter out pollutants from the collected stormwater.

Altogether, the new infrastructure aims to decrease flood volume by more than 53 percent, per the filing from BWSC.

Construction of the drainpipe expansion will span 24 months and require the installation of a temporary crane on top of a 40-foot by 40-foot platform adjacent to the outfall site, according to form.

John Sullivan, chief engineer at the BWSC, said the University’s pledge to pay for the project means that the BWSC will not have to raise sewer rates for local residents as much as it would have otherwise.

Much of the Harvard-owned land in North Allston lies in a future flood zone. University spokesperson Brigid O’Rourke wrote in an email that the project would protect residents and property owners in approximately 160 acres of North Allston from flooding and property damage in the case of a substantial storm.

Before the drainpipe expansion proceeds, however, the BWSC and Harvard require approval from the Massachusetts legislature because the project will involve construction on a portion of state parkland, according to the Boston Globe.

Several legislators are already wary of the project, signaling the potential challenge of securing such approval.

In a March 4 letter to Massachusetts Secretary of Energy and Environmental Affairs Kathleen A. Theoharides, legislators representing North Allston, State Rep. Michael J. Moran and State Sen. Sal N. DiDomenico, wrote they had “not even begun to consider” granting the approval, citing the developers’ lack of outreach to the legislature and their constituents.

Article 97 of the Massachusetts Constitution was approved by voters in…