The principle of organisations spying on our borrowing activities and recording any of our failures to repay seems more or less fair in the good times.

Lenders and other businesses need to know who is responsible in their borrowing and who is not. The credit rating system tells them.

But in the era of furlough and the “mortgage holiday”, credit reference agencies in the UK have the potential to ruin the reputations of millions of borrowers for lapses that were out of their control and sometimes trivial in nature. New rules are urgently needed.

When the pandemic struck, the government announced that mortgage payment breaks would be available at the beginning of the first lockdown. The Financial Conduct Authority (FCA) promised that no one, apart from the mortgage lender, would know if we stopped paying our home loans. Credit reference agencies would not be told.

Since November, however, the rules have changed. The FCA said people would still be able to defer payments after the original mortgage holidays had expired. But under the new system of “tailored support”, their non-payments would be visible on the records of credit agencies such as Experian, Equifax and TransUnion, which together hold data on about 50m adults in the UK.

Those who signed up for “open banking”, which gives customers a one-stop view of their finances, may also — unwittingly or knowingly — have told other finance companies about their mortgage holiday.

Non-payments on a credit record can cause problems for borrowers whose fixed-rate period on a mortgage is coming to an end and needs to be replaced. If they cannot remortgage or transfer to another deal, they may be stranded on a more expensive standard variable rate. If they want to buy a new home, they may no longer be able to get a larger loan, even though their finances have been restored. 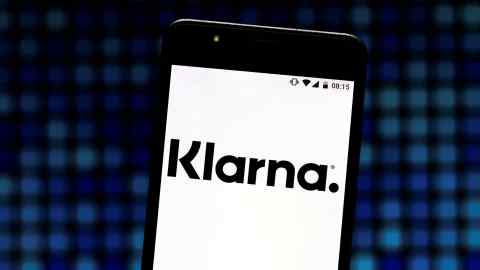 Gareth Shaw, head of money at consumer group Which?, said: “Millions of people took temporary payment breaks due to the pandemic, and lenders will not have recorded these customers as having missed a payment, nor will it have appeared in an overall credit report.

“However, there are ways lenders can see if a payment holiday was granted. Firms take into account a person’s overall debt level when assessing affordability, and the amount people owe is updated every month by credit reference agencies. If large debts built up and were not being paid off, people could find it more difficult to take on new borrowing as a result.”

Those applying for new loans should check their credit reports with the main credit reference agencies, said James Jones, head of consumer affairs at Experian, the UK’s largest credit reference agency. “If they found the missed payments from the mortgage holiday are on the record they need to get it removed.” They can ask the agency to get it corrected as it does not comply with the FCA guidelines or they can ask for a 200-word “notice of correction”. This would explain what happened and would be on the record.

“These corrections will be seen by any lender as they have to be reviewed by a person rather than an automated assessment,” said Jones. Credit reference agencies will raise the dispute for borrowers, he said, putting a marker on their records immediately by saying that the details are disputed. Queries take an average of 11 days to investigate, he said.

But complicated cases can take a lot longer. Where the lender will not agree to a correction the customer can take the case to the Financial Ombudsman Service, which may order the record to be changed and compensation paid to the borrower if they could not get a cheaper loan because of the credit record. But this can take time: the FOS has a backlog of cases.

The credit reference system has always been fundamentally unfair to the thrifty. Using debit cards instead of credit cards weakens your credit profile

Those who were among the first to defer mortgage payments in March last year may have resumed payments in the autumn. They should not have problems applying for a new mortgage when they provided the required three months of bank statements, Jones said. “The recent bank statements would not show the mortgage holiday, but relatively recent missed payments might cause a lender concern.”

UK Finance, the industry body, says four-fifths of those who took a mortgage payment deferral have returned to making full payments. Of the rest, it said, “only a small number have moved on to tailored support”.

The credit reference system has always been fundamentally unfair to the thrifty. Using debit cards instead of credit cards weakens your credit profile, because even though you are paying your bills in full you have not borrowed to do so. You are using your own money.

According to Experian, there are around 5m people who are invisible to financial companies because there is insufficient information on record about their financial dealings. A good savings record — one of the criteria mortgage providers used to include when assessing applicants for home loans — no longer counts.

Many people are excluded from new loans because of tiny defaults. Cancelling a direct debit when you move mobile phone company and have paid the final bill can cause problems for those who do not realise that a small balance — as little as a pound or two — may still be due. These micro-debts can stop borrowers getting mortgages.

Technology failures can also lead to incorrect data. As a potential borrower you may never know why your rating has been incorrectly assessed. You will be passed between the lender and the agency in a game of blind man’s buff.

There is a powerful argument for setting a minimum level at which debts start to be recorded. A £50 threshold would prevent black marks appearing on the records of people who can patently afford to pay but have missed a payment without even realising.

The FCA is carrying out a review looking at how the credit information market functions. At the minimum, it needs to ensure that complaints procedures are prompt and easy to understand — and that the role of credit rating agencies is patently visible when we borrow money.

Lindsay Cook is the co-author of “Money Fight Club: Saving Money One Punch at a Time”, published by Harriman House. If you have a problem for the Money Mentor to look into, email money.mentor@ft.com

Opinion: How much can I spend in retirement?

Consumer Alert: Protecting your cash and credit in College. Part 3: Refinancing vs.…

Six Flags Gets Into the Credit Card Business

Credit card habits from the pandemic that are worth keeping

APR vs. interest rate: What are the differences?