Day traders have driven stock-market euphoria to an 18-year high, boosting the odds 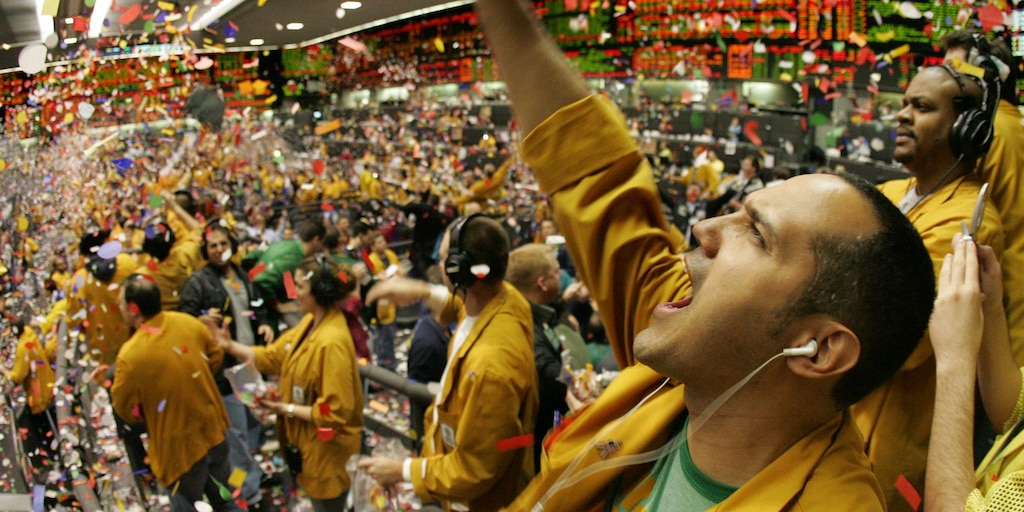 The day-trading boom has helped to push stock-market euphoria to its highest level in 18 years, boosting the odds that the market will retreat within the next year, Citi’s equity strategists said in a flurry of research notes dated June 5.

The bank’s Panic/Euphoria Model recently recorded its highest euphoria reading since 2002, when the dot-com bubble was still deflating. The elevated level implies a 70%-plus probability of a down market in the next 12 months, Citi’s chief US equity strategist, Tobias Levkovich, and his team said.

The surge in day traders on Robinhood and other platforms is partly responsible. One of the Panic/Euphoria model’s inputs, Nasdaq trading volume as a percentage of NYSE volume, has been “particularly volatile and moved stratospherically,” the strategists said.

“These new participants have exploded arguably speculative buying which has goosed up the numbers of NASDAQ shares traded,” they added.

Levkovich and his team underscored several reasons to be concerned about the S&P 500, which has rallied more than 40% from its March low to north of 3,200.

They highlighted lending-standards data that points to pressure on industrial activity and earnings in the coming months. They added that company earnings will have to be “incredibly impressive” to support the benchmark index’s current level.

“People are ignoring joblessness, trade friction, social unrest, and risks that loom including possible COVID-19 reinfections, the end of bonus supplemental unemployment checks, and the upcoming elections,” they said.

Despite the broad market disruption, Apple is having a great 2020 before the launch of 5G iPhones, likely later...

by the pandemic. On Monday, Wells Fargo said it expected to reduce its dividend from its current level of...