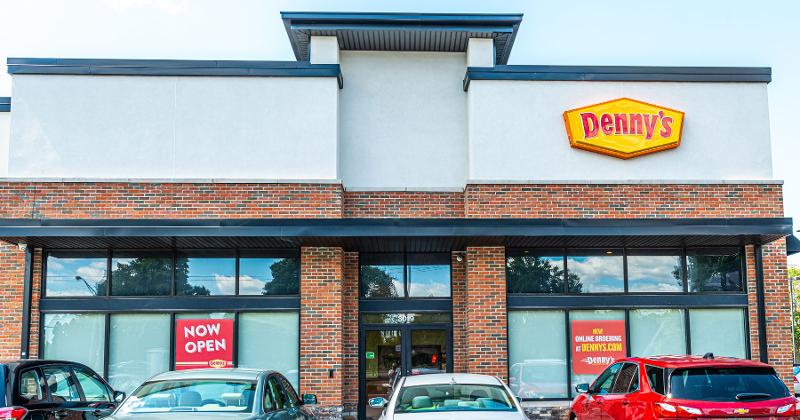 Denny’s is looking to amend its revolving credit facility in anticipation of being in default of its financial covenants for the current fiscal quarter, the company said in an update for investors yesterday.

The family-dining franchisor said it anticipates completing an adjustment to the facility around May 13. The company said it had recently borrowed another $60.5 million under the current terms, leaving $ 43.6 million available as of May 1. On that date, it had $51.1 million in cash and cash equivalent on hand. It did not reveal its cash burn rate.

The company said it has taken a number of measures to cut its costs, including the furloughing of 25% of its headquarters staff.

The current level of off-premise business equates to a 107% jump from the volumes of February, Denny’s said. The chain recently added a line of family meals and started selling such grocery products such as toilet paper, eggs and bread.

The franchisor has also extended a number of concessions to franchisees to help them through the COVID-19 pandemic. Rents for franchisees operating on sites owned by the franchisor have been deferred for a 12-week stretch, and the company has negotiated deferrals or abatements of the rents on 70% of the locations where it leases the site and subleases it to franchisees.

Royalty and advertising fees were abated for two weeks, after a one-week deferral.

Denny’s noted that slightly more than half its franchisees have secured relief loans through the Paycheck Protection Program, with other applications pending.

The company is scheduled to release financial results for the first quarter ended March 25 on May 14.

Tax refunds are going to be delayed for these filers. Here’s why

Millions of households that hustled to get their tax returns to the IRS early could be waiting until March...

Don’t let late payments stop you from getting approved for a credit card. You have more options than you...