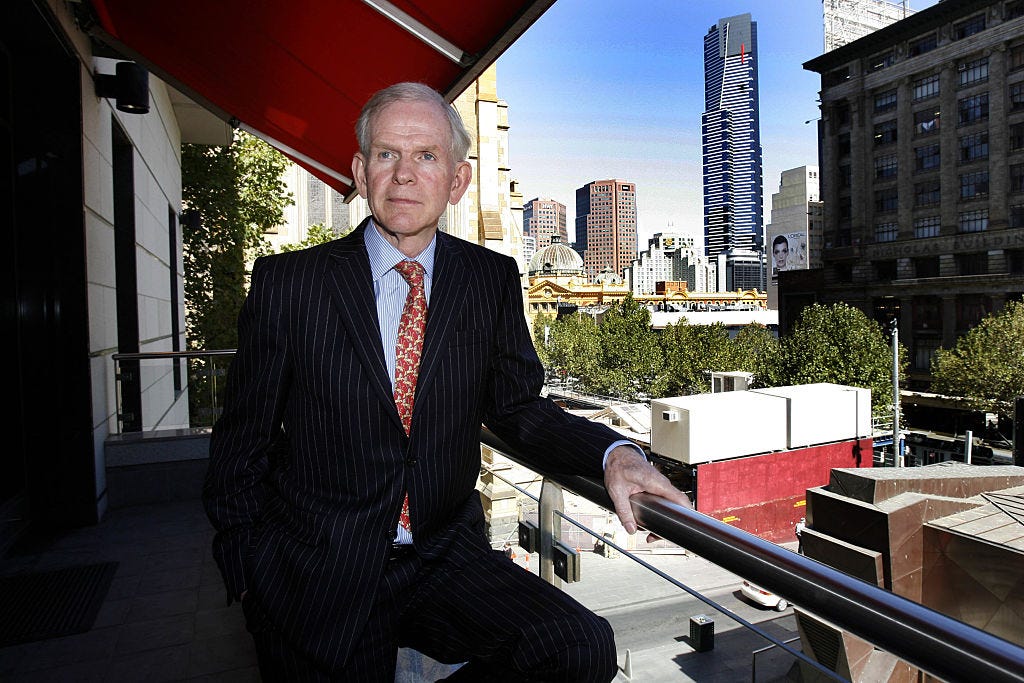 The investing legend Jeremy Grantham seems certain that the US stock market’s strong recovery from its historic lows in March will end in pain for investors.

“My confidence is rising quite rapidly that this is, in fact, becoming the fourth ‘real McCoy’ bubble of my investment career,” he told CNBC’s “Closing Bell” on Wednesday.

“The great bubbles can go on a long time and inflict a lot of pain, but at least I think we know now that we’re in one.”

Grantham suggested that day traders who are out of work and into heavy market speculation about bankrupt companies — including the car-rental firm Hertz — were contributing to a “crazy” market.

“It is a rally without precedent,” he told the CNBC anchor Wilfred Frost, adding that the market rebound clashed with other harsh economic realities, including unemployment numbers and bankruptcies.

Read more: Jefferies created a 6-step process for finding companies that will keep paying strong dividends — and landed on these 20 global stocks as ‘rock-solid’ picks

US stocks have rallied in the past week despite investors’ fears about surging coronavirus cases and rising geopolitical tensions.

But a steady flow of government stimulus that Grantham called a “favorable environment” for speculative investors seems to have put a rocket under stocks and kept major US indexes climbing from their March lows.

On investor exposure to equities, Grantham said, “I think a good number in the US would be zero, and less than zero might not be a bad idea if you can stand that.”

Grantham, a cofounder and the chief investment strategist of the Boston-based asset management firm GMO, is noteworthy for his accurate predictions about three major market bubbles: Japan’s asset-price bubble in 1989, the dot-com bubble in 2000, and the housing crisis in 2008.

Read more: Heath Jones is a US Army neuroscientist whose side hustle is scooping up real estate for passive income. Here’s how he leverages a simple strategy for extra cash.

He said in 2000 and 2007 that stocks were overvalued, and before the 2008 financial crisis he said that the relationship between home prices and income had become removed from reality and that at least one large financial institution would fail, The Wall Street Journal reported in 2017.

This briefing is no longer updating. Follow the latest developments here.Wall Street enters the second half of 2020 on...

Many Wall Street analysts are warning their clients that a Biden presidency will not be good for the stock...